Orbitrack is now available for the desktop!

Our latest release, Orbitrack 2.5, runs on MacOS 10.15 (Catalina) and MacOS 11 (Big Sur).  We have to say that running Orbitrack on a 4K display is quite an immersive experience.  The best news is, a single purchase gets both the MacOS and iOS downloads at the same time – as long the purchaser’s iOS devices and Macs are logged into the same iTunes account.

The Mac version is Intel-based, and will run in emulation on the new ARM-based Apple Silicon Macs.  We expect to release fully native support for Apple Silicon Macs by the end of 2020, in a free update to the MacOS version. Here are a few screen shots: 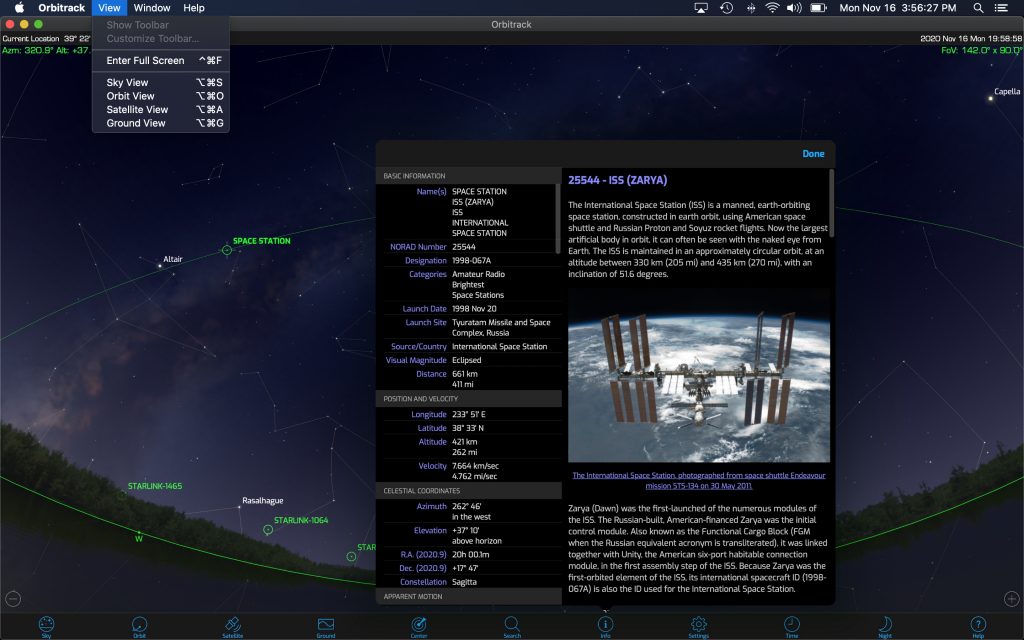 The ISS in Sky view, superimposed with Object Info.

The view from the ISS. 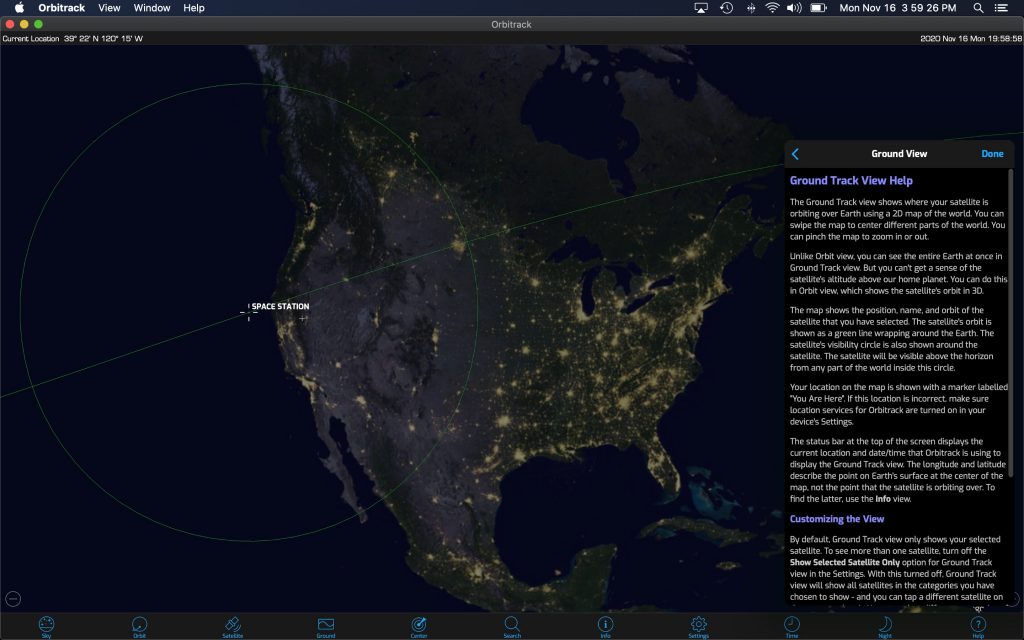 Technically, Orbitrack is a Mac Catalyst app that shares 97% of its code base with the iOS version.  The most challenging part of porting Orbitrack to Mac was rewriting its 3D graphics engine from OpenGL to Apple’s new graphics API, Metal.  But porting to Metal was just something we had to do.  Apple deprecated OpenGL in 2018 and removed it from Mac Catalyst.

But the hardest decision was whether to market Orbitrack for the Mac separately from iOS.  We elected not to.  In the short run, charging for the same app on both platforms might have brought in more revenue.  But over the long haul, our biggest asset is a large, satisfied customer base. So enjoy, spread the word, and keep looking up!